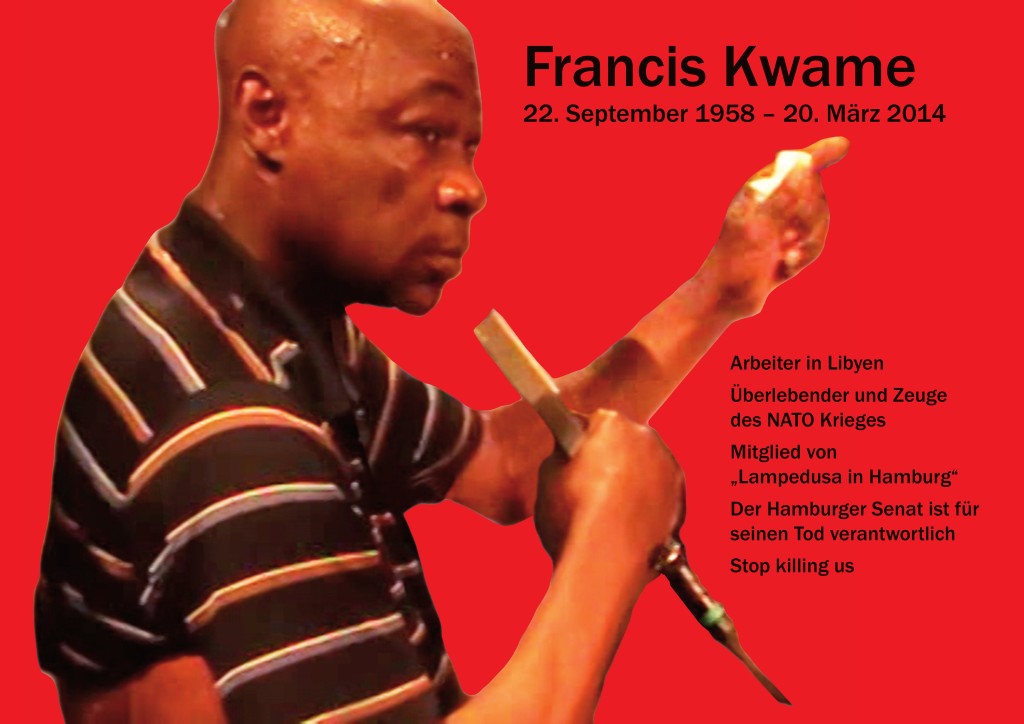 Better to die fighting for freedom then be a prisoner your whole life. “It’s better to die on feet than live on knees”. Francis Kwame survived the NATO war in Libya, He was an active member of the group “Lampedusa in Hamburg”, but was denied and killed by the senate of Hamburg. He was traumatized and humiliated by the so called democracy in Hamburg.

Francis lived on the streets of Hamburg. He lived in melancholy and died due to the fact that Hamburg authority sincerely displayed a nonsensical and racist attitude to the rational demands of Lampedusa in Hamburg, which led most of the group members to live miserable lives on the streets of Hamburg. He died because of the lack of basic social care.

The death of this 56 years old witness of NATO war, has posed a message of new revolution to the group and the public. Until the group demands and request to live and stay in Hamburg become reality, we have to keep on fighting. Lampedusa in Hamburg is urging all people who understand the message and importance of freedom for humanity to come out on the 30th of April for the burial of Francis and …read more