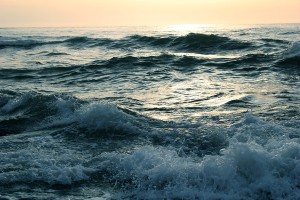 We received the information that there is a rescue operation in Nees Kydonies Lesvou. A 38-year-old woman has gone missing. Strong winds in the area. The coast guard boats are not sailing only a helicopter flies for a while over the area.

At noon 25 Afghan refugees arrived at PIKPA. Two dingy boats had arrived early that morning. Strong winds and waves can’t stop smugglers but also can’t stop the need of people escaping war. Among the survivors of the first boat there is a five year old girl with her uncle. Her mother is missing. The child is resting in PIKPA. PIKPA is overcrowded again. More than 150 people arrived yesterday. No available beds and the families taking care of the girl give her their own beds. We inform the Doctors of the world in Moria detention camp about the tragic incident as well as Red Cross International. The child has a sister and her father in Belgium and they talk on the phone when the child is …read more