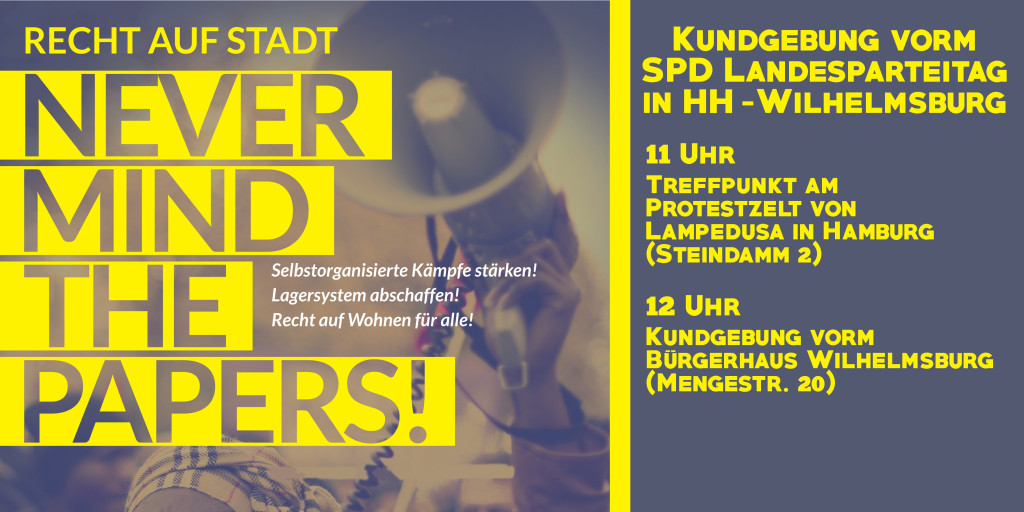 On December 13th, the party conference of the SPD Hamburg will take place at Bürgerhaus Wilhelmsburg. There, the governing party of Hamburg wants to adopt its program for the upcoming elections in February 2015. Up for election is a senate who thinks it did everything the right way. We disagree!

A lot of people are living on the streets or under terrible conditions in this city. Refugees who fled from war are excluded from social rights and declared as “illegals”. People have no right to work because they have the wrong papers, while employers profit from their unprotected status. The rents are rising and many people are pushed out of their neighborhoods.

– A work permit for everybody who lives in Hamburg!

– The right of housing in humane living conditions – flats for everybody instead of “Lager”!

– The right to stay for all people who live in Hamburg – no more deportations!

We are all part of this city – we all have a right to the city. On Saturday and in the upcoming weeks we will raise our voices and put as much pressure on the senate as we can to change this refugee policy.