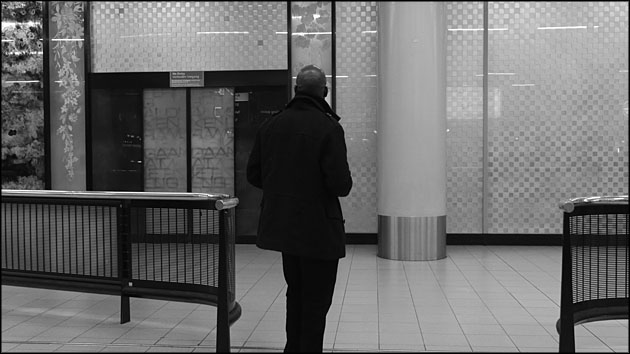 Let me introduce myself. I am Oumar Berete from Conraky, Guinea and, a few years ago, I sought asylum in The Netherlands. I am also one of the former refugee leaders from the We Are Here group.

Two and a half years ago, after having been rejected by the immigration service IND, I had no place, no voice, and I officially became persona non grata, an invisible result of the Dutch government’s dysfunction.

I joined other refugees in this similar (non)situation in the tent camp in Osdorp. The media and politicians usually called us “the refused” refugees (uitgeprocedeerd) or criminals. These terms were so overused that they became our only ”unworthy identity”. Together we became one: one body, one voice, one story, one struggle, and one battle. We became a protest group, the We Are Here movement. From Osdorp we moved from place to place: the Vluchtkerk, Vluchtflat, VluchtKantoor, Vluchtgebouw, Havenstraat, and so on. [vlucht = flight]

I should mention that before, during, and after this time, some of us were / have been / will be arrested and put into detention for months because of this “politically correct” name they’ve stuck …read more