Here are the 10 points put forward by the European Commission and backed by EU foreign and interior ministers at a meeting in Luxembourg:

By freedomnotfrontex german below Welcome to one more sexist event, where repeatedly you hear the voice of man despite the presence of women. Well, we want to see a change. We want to prove wrong those who tell women we cannot complain … Continue reading → …read more

By gepaecktragarz 23th of April – SO36 – 8.30 p.m. / Entrance from 7.30 p.m. Concert in solidarity with the people in the school and for organizing sleeping places for a long term solution Artists: *Dota Kehr (Kleingeldprinzessin) Duo with Jan Rohrbach … Continue reading → …read more

A political position from Migrant Coordination (Italy) on the massacre in the Mediterranean sea: [passa alla versione in italiano]

Seeing the massacre in the Sicily Canal, we migrants, on the front lines of the daily struggle against the government of mobility and movement, declare that i buy dapoxetine online n the war of borders we side with the women and men who seek freedom. Whatever the reason: escaping war, dictatorial regimes, persecution or simply the desire to change life.
We fight every day to guarantee our rights against institutional racism, which seeks to silence us and make us no more than labor force to be silently exploited. Through assemblies, demonstrations and strikes we organize to demand freedom for all, against exploitation, precarity and racist laws like the Bossi-Fini legislation. isotretinoin purchase overnight delivery We are here and here we fight. But we know that our condition comes from having crossed a border, a border that continues to follow us in the residency papers in our pockets and the daily racism we face. For this reason buy ivermectin online in u.k we struggle so that all the women and men who like us must move to conquer a future for themselves can do it without being blackmailed or forced to seek help …read more

The International Organization for Migration has received information about a new migrant shipwreck with at least 20 deaths, a spokesman for the organization says.

An unidentified person called the IOM’s Rome office saying that they were on a sinking boat with 300 people on board, including 20 who had already died, the official said.

The same caller said there was a total of three boats in distress.

A sailing boat, carrying 150 Syrian refugees capsized off the coasts of Rhodes.
Some media talk about 3 dead refugees, others about 15 (among them a 6 years-old child).

By freedomnotfrontex First Bustour-Stop in Hamburg On the first stop we met with “Lampedusa in Hamburg” and other self-organized refugee activists, anti-fascist and anti-racist groups. More than 100 people attended the discussion. At first a short movie from the last bus tour … Continue reading → …read more

By palme43 Press Release, 19.4.2015 Last night at least 650 people drowned about 73 nautical miles north of the Libyan coast when seeking to reach Italy. They were on board of a 30 meter long boat that capsized when the container vessel … Continue reading → …read more

Last night at least 650 people drowned about 73 nautical miles north of the Libyan coast when seeking to reach Italy. They were on board of a 30 meter long boat that capsized when the container vessel King Jacob approached them for assistance. There were only 28 survivors.

This is the biggest refugee boat catastrophe in the recent history of the Mediterranean Sea. With its decision from the 27th of August 2014 to scale down rescue operations at sea, the EU is responsible for this mass dying. The EU has the means and possibilities to rescue refugees in the Mediterranean Sea. But instead, they let people drown.

Over the last weeks, we, as the Watch The Med Alarm Phone, became direct witnesses of struggles over life and death on these boats and of the relatives’ worries. We also witnessed how the coastguards of Italy and Malta as well as the crews of commercial vessels made great efforts but could often not prevent the dying as they were not sufficiently equipped to conduct rescue operations. And this is due to political decisions made on the level of the European Union.

A rescue operation is under way after a boat carrying an estimated 700 migrants capsized in Libyan waters, 120 miles south off Lampedusa.

Twenty-eight people have been reported rescued, while a number of bodies have been washed ashore in Libya.

The migrants reportedly fell overboard when they ran to draw the attention of a passing vessel. The boat is said to have capsized at midnight.

The disaster could become one of the worst over the decades of the migrant situation in the southern Mediterranean, which has seen the death toll rise over 1,500 since the beginning of 2015, Reuters reported.

“At the moment, we fear that this is a tragedy of really vast proportions,” Carlotta Sami, a spokeswoman for the UN High Commissioner for Refugees, told SkyTG24 television.

“The first details came from one of the survivors who spoke English and who said that at least 700 people, if not more, were on board,” Sami added.

By gepaecktragarz On May, 21st, 2015 the crème de la crème of European racism will gather in Warsaw, Poland, to celebrate the 10th anniversary of the creation of one of the most influential meta-organisations that guards assets of the Fortress Europe. The … Continue reading → …read more

By freedomnotfrontex On sunday 19th of april we will continue our open meeting about how to continue with the school in ohlauer. we will further our discussions on how to keep the building as a international refugee center/projecthouse.. come and join the … Continue reading → …read more

By consensusdecisionmaking On Wednesday the 15th of April 2015 one of our cop watch teams captured this footage of two CRS riot police handing a truck driver their batons, with the intention of assisting him in the illegal assault of refugees found in the back of his lorry. We have heard many stories from migrants about how […] …read more

By oplatz (ILL)LEGAL is a mini-festival created as a platform to give the refugee community, an undeniable part of the social makeup of Berlin, a chance to tell their own story in their own voice. Two performance dates! Saturday April 18 at … Continue reading → …read more

By palme43 Call – Never stop resisting! Refugee Struggle in Hamburg and Dortmund Manifestation on 25th April, 6:00pm at Kirchplatz, Münsterstraße in Dortmund All over Germany refugees self-organize to protest against the the unacceptabilities of the migration and asylum regime. They fight … Continue reading → …read more

They were among 580 migrants brought to the port on Thursday. The agency said the migrants were found floating in the sea by a helicopter and were rescued by the Italian Naval ship Foscari.

The report comes after as many as 400 migrants fleeing Libya are feared to have drowned when their boat capsized 24 hours after departing the North African coast. Italy’s coastguard has rescued 144 people but several hundred others are feared dead given the size of the vessel.

Italian coastguards have rescued 893 migrants from boats in distress off the Libyan coast and are bringing them to two Sicilian coastal towns that are already struggling with the influx of refugees from Libya.

The Italian coastguard said they have rescued up to 10,000 people since 10 April. 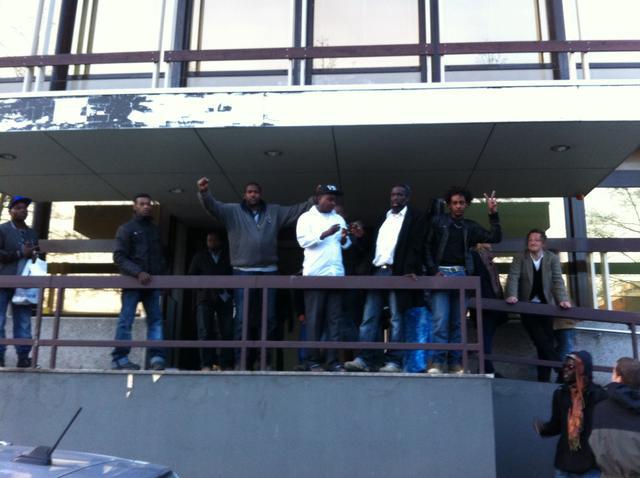 By consensusdecisionmaking The Jules Ferry Day Center is officially opened. While presentetd as a humanitarian solution to what (right wing) media, politicians and the state call „migrant crisis“ it is mainly a place of control, repression and segregation1 and stands for the racist and neo-colonialist imigration policy of UK and France. We should have expected nothing less […] …read more 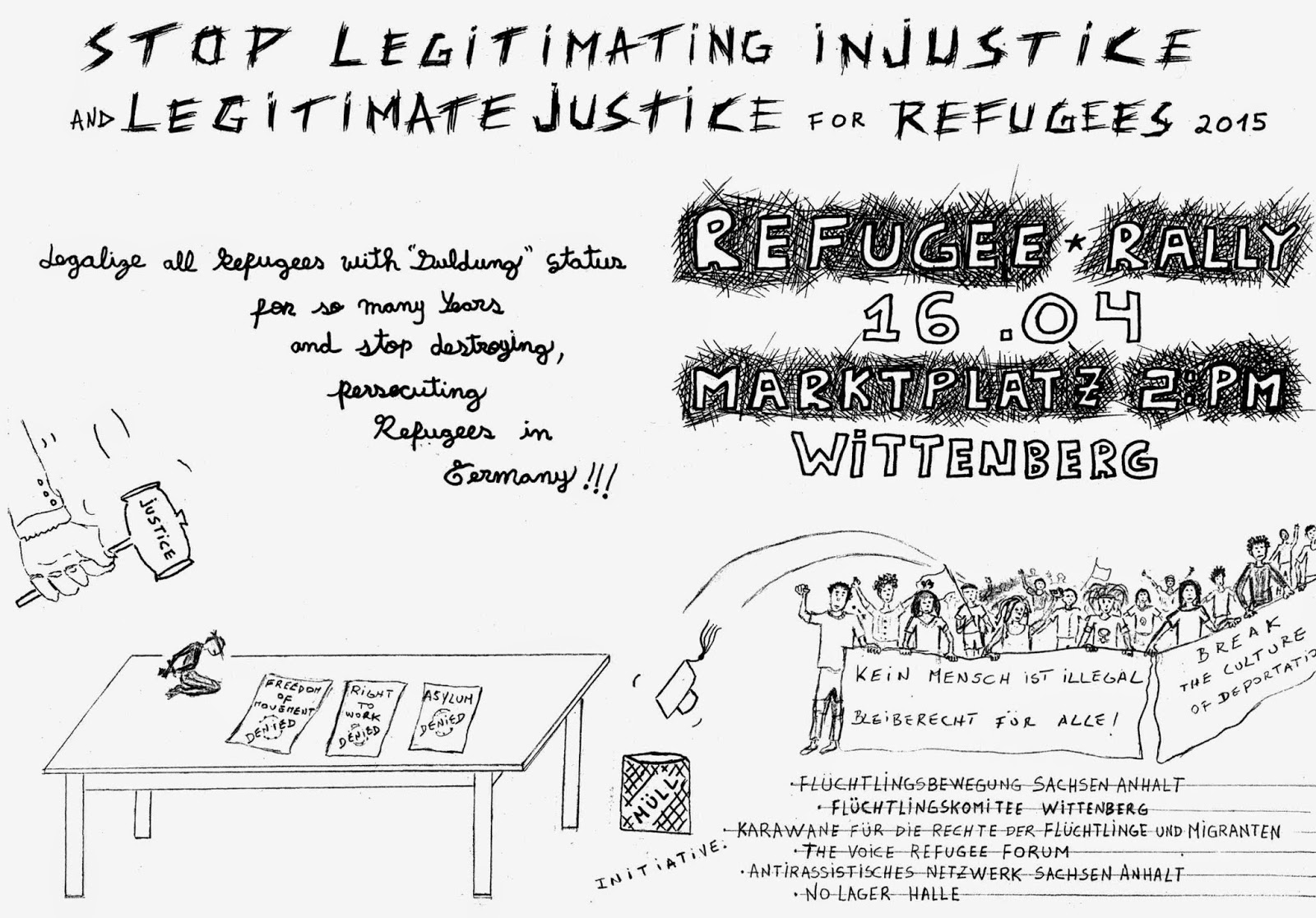