At least six refugees drowned on Thursday as a boat carrying Syrian asylum seekers sank off the shore of Turkey’s north-western province of Çanakkale.

10 refugees have so far been rescued. The refugees were trying to reach Greece’s Lesbos Island through illegal means. The boat sailed from the Ayvacık district of the Çanakkale Province in the Marmara region, but it soon sank off the shores of Turkey’s Gülpınar village for unknown reasons.

The search team first rescued 10 migrants, two of whom were children and four were women. The team later reached the bodies of six Syrian asylum seekers.

Two Fire Brigade vehicles arrived at the spot to put down the fire, while later all immigrants returned to the containers used as cells.

This was another protest for their months-long detention with food shortage and under inhuman conditions.

Up to 19 people are feared to have drowned trying to reach Greece from Turkey, in the deadliest Mediterranean shipwreck since May.

A people smuggler’s boat carrying up to 40 passengers capsized on Tuesday morning between the small Greek islands of Agathonisi and Farmakonisi, 10 miles from the Turkish coast. One passenger has been confirmed dead and 21 have been rescued, leaving as many as 18 still missing. “We don’t know their nationalities,” said Stella Nanou, a UN refugee agency spokeswoman.

The shipwreck is the first major tragedy in the Mediterranean for over a month, due in part to an increase in European search-and-rescue operations in the sea’s central region. But rescue missions remain limited in the eastern Mediterranean, where this year’s migration levels have eclipsed even the record numbers of arrivals to Italy, raising the likelihood of boat disasters.

In the first half of 2015, more than 68,000 migrants – mainly Syrian, Afghan and Iraqi refugees – have risked the short trip from Turkey to the Greek islands, double the total number of arrivals in 201 4.

The influx has overwhelmed Greek institutions, which are already unable to cope with the country’s catastrophic financial crisis.

By freedomnotfrontex Event information Date 15.07.2015, 18:00 – 21:00 Location Oranienplatz, 10999 Berlin „Migration is not only about poor, exploited people. It also includes people who leave to emacipate themselves, who leave in the name of liberty – and for a number of other reasons.“ Fatou … Continue reading → …read more

By oplatz Where: we are looking for a place for the workshop – we will let you know where exactly it will be when you register.

People who are thinking of offering a sleeping place or flat, who are interested in how this works, and other

accommodation (and other) support groups are also very welcome to share their experiences with us. Continue reading → …read more

By oplatz Dear friends On the evening of 6-7-2015 the police came to Oplatz because the Roma family put sleeping bags inside the container at Oplatz, the police said with that reason we are going to remove the container and they also … Continue reading → …read more

By freedomnotfrontex “El Mouthena First thing I want is freedom of movement and the papers for all and rights like citizen in Europe for all the people. No Frontex for Citizen. Why is Frontex existing only for the refugees and migrants? I … Continue reading → …read more

By freedomnotfrontex “This is start of changing for whole refugees in the world. I come from Libya, crossing Italy and live in Berlin now. In Berlin, people meet and start to change situation of refugees. To take power for change I need … Continue reading → …read more

By freedomnotfrontex Gerard, 39 years, from Burundi in detention center Rotterdam (NL) since 1st December 2013. He lived in the U.S.A, in Canada and when Canada deported him back to Burundi, he asked for asylum in the Netherlands. Rejected. Now he is … Continue reading → …read more

By freedomnotfrontex “Mamoumia, from Niger. I reached Italy through Libya. My first home was in Treviso, I looked for a Job there for two years but I couldn’t find it so I decided to move to Belgium two months ago, but nothing … Continue reading → …read more

By freedomnotfrontex „My message is I have two ideas about my message. One I’m suffering too much in my country because I fight long time for human rights. For my rights also, against the dictatorship regime in Sudan. Because when I grow … Continue reading → …read more

By freedomnotfrontex Djehbril comes from Morocco. He was living in Italy for 14 years, had a wife and a daughter, 3 years old. His staying permitted Visa expired before 2 years and he was caught in Milan by the police, where he … Continue reading → …read more

By freedomnotfrontex “My name is Abdirahim, I’m from Somalia. I came in France 2008 and I seeked asylum. I was waiting for six months for the interview and then, when I got my interview, after one month I got negative. I took … Continue reading → …read more

By freedomnotfrontex Al Jazeera/June 15, 2015by Yermi Brenner @yermibrenner: Anti-immigrant sentiment is growing in Germany, where refugee housing is burned and asylum seekers are attacked NEUHARDENBERG, Germany – In the past few years, Germany received more asylum applications than any other Western … Continue reading → …read more

By consensusdecisionmaking Three people have died trying to cross the border into the UK in the last month. All of them appear to be a direct result of attempts to cross. The most recent happened yesterday, when a body was found in the Channel Tunnel. At the moment, the body has not been identified. On the night […] …read more

By freedomnotfrontex Join in and support! Solidarity Brigades for the Reconstruction of Kobanê After 134 days of heroic struggle the Kurdish People’s Prtection Units (YPG) and the Women’s Protection Units (YPJ) liberated the city of Kobanê in Rojava from the fascist terror … Continue reading → …read more

The foreign office’s criminalization, accusation and persecution on a human rights activist Salomon Wantchoucou was acquitted and suspended by the state’s prosecutor. This was made known by an official letter dated 24.06.2015 sent to Wantchoucou’s legal attorney.

By oplatz It is a new campaign against categorizing the people who like to change their place, Refugees, As many people feel insulted by this word, means that, you can never be one of us, you will always be a refugee. We … Continue reading → …read more 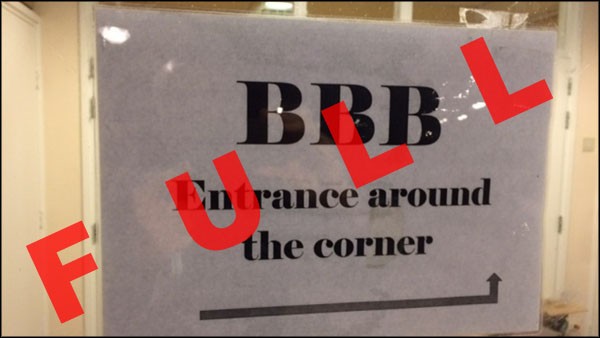