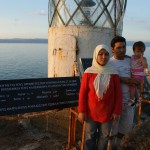 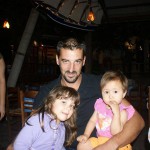 Skala Sikamineas has always been a special place. Now, it has two Nobel Peace Prize nominees from the village.
This little fishing village by the sea, looking out on Turkey, has given so much support to the arriving refugees in need. Years and years before the volunteers came. Most of the local residents in Skala are the descendants of people forced to leave their homes in Turkey in the 1920’s, starting a new life in Greece, and they connect their own backgrounds to what the refugees now have to go through.

83 year old grandmother Emilia Kamvisi and Stratos Valiamos, one of the fishermen in Skala Sikamineas who have been rescuing refugees at sea, are now said to have been picked to represent the helpers on the Greek islands in a nomination for the Nobel Peace Prize.

In December, we posted this interview with Stratos. After spending months helping each other out in welcoming people arriving on Lesvos, taking us out on beach cleanings and chatting in the cafés, our humble friend told us more …read more