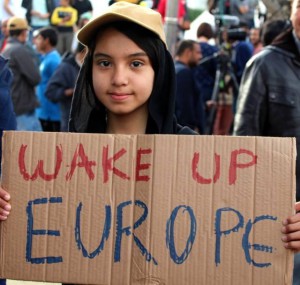 In the past two weeks protests of refugees and supporters are growing over all of the country as the border to the Balkans was closed and thousands are stuck in Greece. From the Hot Spot in Moria, to the transit camp Schisto near Athens, Victoria Square, Thermoupolis, Kozani to Idomeni – people are standing up and demanding the opening of borders.

Solidarity is further sprouting in all over Greece with the sixth refugee housing squat opening yesterday in Athens at Kaningos / Kapodistriou in the centre of Athens. “open borders – open houses” it says on a banner outside the building. 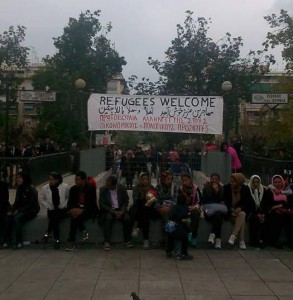 One of the first squats which opened to host refugees was Notara 26 / Exarhia on 25. September 2015. In the former building of the insurance fund ETAM, which had been empty for years activists at first provided for 35 places. Meanwhile more than 120 are hosted there as needs grew rapidly. A priority is given to families and minors. Papers are not any matter …read more