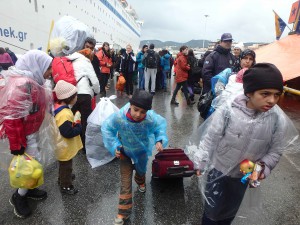 The Greek government yesterday emptied the Hot Spots on the islands of the Aegean in order to start implementing the newly decided measures as concluded during the EU-Summit with Turkey on 17./18.th. About 2,700 were transferred from Chios, 4,000 from Lesvos and 800 from Samos. Tragically, as activists report, the refugees were not informed where they would be brought and were highly stressed and in fear.

Hundreds were brought to Kavala port and from there to Thessaloniki where gates in the port were prepared to host refugees.
Others arrived to Skaramangas port near Athens. Many will be transferred to camps around Ioannena. New arrivals were brought also to Koutsochero – an army camp in the middle of nowhere. 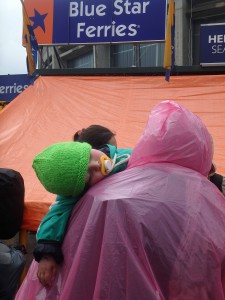 On Sunaday 47,536 refugees were in Greece. In the last hours before the EU-Summit conclusions would come into force hundreds of refugees tried reaching the Greek islands. The agreement referring to the quick readmission of all newcomers does not however affect the more than 46,000 refugees and migrants already …read more