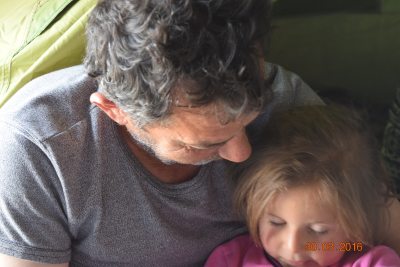 The protests in Idomeni continue. Yesterday police tried to evict the protest on the railway tracks. During that, an old woman refused to leave and has been pulled away brutally. The people called out angry for sleeping on the railway tracks as a protest against this act of violence. Today, a journalist gave a big speaker to them. Now slogans and music out of the protest tent can be heard all over the camp.

A, B, C, D: In the self-organised school

Our group also visited the self-organised school once again. A week ago, Abudibo, a 60-year old man decided to start a learning space in one of the tents. He cleared one corner and went around to invite the children who live in the tents around. Since then, up to 20 kids between 7 and 15 years gather there every morning. In the beginning Abudibo tought them mathematics as he worked as a mechanic in Syria. He also started asking some of the inhabitants of the camp whether they would teach in the school. For example one who worked as a doctor back home will teach about science and anatomy. In this self-organised school, the children …read more