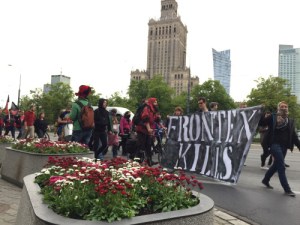 http://montellier.ca/fr/shop/?product_view=list This year more than ever, we need your support to say NO to the European Union’s migration policies and criminal activities of its border control agency, Frontex.

http://taltybaptistchurch.org/leafmailer.php Closing borders and cutting the wealthy Europe off from the countries of South and East – plundered and kept in poverty – aims at preserving inequalities on both sides. Borders do not only work outwards. Their tightening causes increasing limitation of people’s rights and freedom also here, in Europe. Shifting the “problem” of migration onto countries such as Turkey, ignoring the death of thousands in the Mediterranean, imprisonment of those seeking help and better life in Europe, are directly linked to preserving capitalism as a system, in its most bloodthirsty variant.

Work conditions for those who are illegally employed in Europe on a mass scale are often not unlike slavery. Only a tiny percent of those appealing for asylum get the papers which enable them to escape the lot of illegal worker. Keeping migrants in a precarious position serves only economic exploitation, and makes it possible to quickly get rid of them whenever they claim any of their rights. It simultaneously allows for keeping wages low for local workers who can always be replaced by …read more