We have just now occupied the headquarters of the left-wing Die Linke party in order to protest against the ongoing mass deportations of migrants from Thuringia!

Regularly, German police kidnap people from their homes or the detention centers where they are held, put them into busses, and bring them to Leipzig airport from where they are deported by plane. In every German city, there are such detention centers, in Jena, too. These crimes are committed in our close proximity, before our very eyes.

Today, we have occupied the headquarters of Die Linke party for two reasons. Firstly, the lefties under Ramelow have been managing the Thuringian state ever since 2014. Mass deportations of migrants, repression in prisons, police violence against antifascist protests take place under their government. Nazis demand that all migrants be expelled and Die Linke enforce it. They are politically accountable for this. Secondly, to this day, many Die Linke members claim that they’re part of an antiracist party and that they ‘advocate the rights of refugees’. They’ve got the nerve to take to the streets on April 20 with refugees welcome posters and, literally the next day, …read more

Clandestina participates in the preparation of Thessaloniki 2016 No Border Camp.

For more info and to read news on Migration & Struggle in Greece, visit:

Clandestina participates in the preparation of Thessaloniki 2016 No Border Camp.

For more info and to read news on Migration & Struggle in Greece, visit:

END_OF_DOCUMENT_TOKEN_TO_BE_REPLACED

Break Deportation Protest in Solidarity with Dr. Maqsud Aghayev in Jena and Apolda
http://thevoiceforum.org/node/4161
The Centre of our political resistance and solidarity cannot hold if we are not able to defend our activists in the community.
Information event and discussion in Jena Haus Auf der Mauer: 13.05.2016 at 5pm

German Deportation Business: Amadu Osmanu from Mali with Activist in the protest movement at oranienplatz deported to Ghana.

Dear all friends, sympathizers and activists,

The Refugee Power Matters: There cannot be real struggle without the community of the oppressed. Feel Free To Spread Our Inputs On Self-Organization:

We hereby invite you to join our solidarity action following the transnational “call for peace” from the LGBTI Peace Initiative from Istanbul.

Please join us numerously and share this call and the fb-event with your lists and contacts.

You are very welcome to contribute to the organization of the rally. If you want to read out a statement or if you want to support us in another way, don’t hesitate to write to lgbticallforpeace@gmail.com
See you on the streets.

Turkey is transforming into an AKP dictatorship. All gloves are off fighting those opposing the partys world view. For the first time the Gay Pride Parade was banned in 2015. The state attacked protestors with tear gas and rubber bullets. As the LGBTI community is under increasing pressure, the war that Turkish state has declared on the Kurdish population has intensified since Summer 2015. The politics of the AKP government with curfews and repressions are leading to death and injury, depriving thousands of persons of their homes. Activists, journalists and academics demanding peace or even …read more 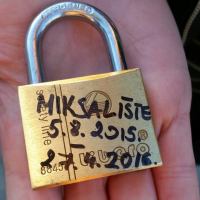 URGENT:The political management of migrations on the Balkan Route has entered into yet another phase. Ever since the EU-Turkey Deal came into force at the end of March, one of its main parts was the repression targeting both the people traveling through the Balkans and the people involved with support and solidarity structures. Enormous amounts of violence was and still is being deployed at many points along the route: from the Greek islands up to Macedonia and Bulgaria. On the other hand Serbia was up until last Sunday’s parliamentary elections the only country along the Balkan Route in which people could move more or less freely and were faced with relatively little state repression. But the worrying developments of today mean that also the situation in Serbia is changing fast and to the worse.

For more than two weeks there has been a No Border Squat in Belgrade, sheltering up to 80 people against the harsh weather and giving some privacy and resting space to people who otherwise had to sleep in the parks in town. Today at 10am a group of uniformed and civil clothed police officers entered the premises and ordered …read more

“The first No-Stress-Tour” – francais en bas, deutsc weiter unten
Summer is the time when lots of things are happening in Germany, also in and around Berlin.
People profit of the sun, they become more active and open up. This offers opportunities,
particular for refugees, to think of new strategies to build up a better communal life.
For this reason CISPM and Afrique Europe Interact, international networks for emancipation and
integration of refugees, are planning a project called „No Stress Tour“, which should take place this summer from July until October.
The aim of the project is to bring refugees and other inhabitants of the city closer to each other and to provide support with regard to the current complex asylum policy.
Despite the willingness of refugees, to open up to other residents and the willingness of other citizens to reach out to refugees, we noted that there are still barriers, based on anxious
informations.
„Refugees are rapist, suicide assassins or simply undesirables and Germans are historically
radical racists“ – this opinion, which is based on individual cases and is used for the electoral game
influences the public opinion, causing despotism on one side and stress among others .
As the „No Stress Tour“ is primarily organized and planned by persons which …read more

On the March 19, 2016, one day before the implementation of the EU-Turkey deal, Hamid* and his three friends arrived in a boat with 46 people on the shores of Chios. They where transferred to detention in VIAL. From that day on they suffer mostly from the lack of freedom and protection. They have expressed fear and anxiety due to a lack of information on their rights and growing tensions among inmates. According to the teenager many refugees in VIAL suffer severe psychological problems due to the detention conditions, the violence (also by law-enforcement officers) and the fear to be the next returned to Turkey.

„If every one gets to know about our problems in VIAL it will be good. I don’t have any one in this world. I swear. There is no one but God I can rely on.

The frist day I arrived to Turkey a taxi driver picked me up at the airport and took me to Taksim. In the car he told me to give him all my money or he would hurt me and tell the police that I am going to rub him. I was afraid, so I gave him everything I had. He …read more 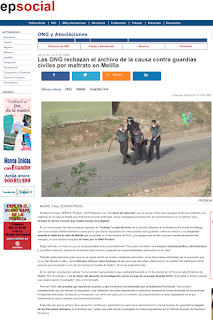 The German Administrative Court Magdeburg will determine the protection of a political and human rights activist S. Wantchoucou from the Republic of Benin. The Judge will decide on his protection or death.

Freedom now, Refugee Power Matters! Mbolo Yufanyi – Quotes on Africa and Refugee Resistance
Mbolo Yufanyi, I Had To Break A Lot Of Laws To Get My PhD in Germany
Video Link on huffingtonpost.com

We have made this interview in our journey to greece arround one month ago. We talk with T. Who is living in Idomeni for 40 days. We are interested in the situation in there, resistance of the people behind the borderline and what do they expect from us.

Could you tell us how the situation here in Idomeni is?

So my feeling is that here in Idomeni we live in a zoo. We are here not human beings. Many people come here, take pictures, play with our children, and then go home and play with their own children. And we remain here, in these tents. I live now in a train wagon. We all here have only the hope that we can sleep under a roof.

How long have you been here?

“The Emerging Welcome Culture:
Solidarity instead of Paternalism”