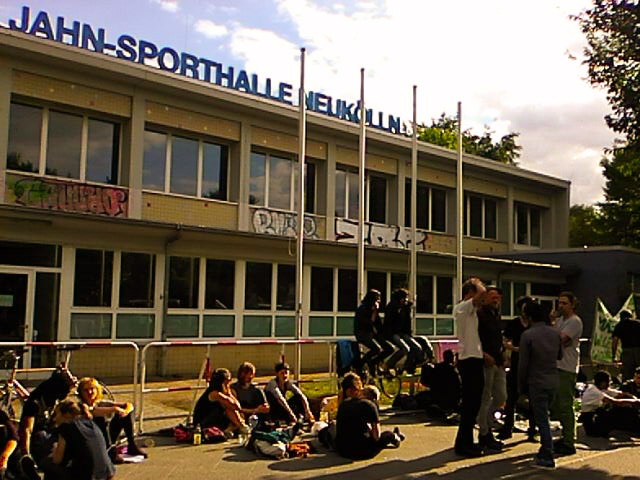 http://fidelity-energy.co.uk/wp-json/wp/v2/posts/1368 Yesterday was a special day for berlin. We occupied or streets back. The former inhabitants of the lager has occupied the street in front of it, because the threw them out and want to force them in the shithole of berlin. But people say no thanks. We also have the right to have a ok living space. They already made their occupation the second day and there was a lot of people coming for visit and solidarity. Allot of friends see each other again after long time. This is rebirth of Resistance and all freedom fighters come for supporting.

So people, let’s gather together in front of the sporthalle (colombiadamm before tempelhof airport) and help to push this forward.

Together we are strong.