Our dear friend Gabriele del Grande, human rights activist, journalist and documentary filmmaker, was arrested on April 10, in Hatay / Turkey. He was doing a research for his new book-project about Syrian refugees. Since four days now, he is on a hunger strike, struggling for his freedom. 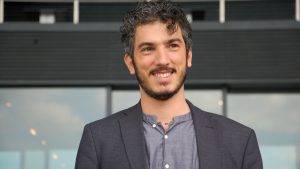 Gabriele has been active since years, monitoring deaths of refugees in the Mediterranean, on his blog ‘Fortress Europe’ and later focussing on the complexities of the war in Syria and its effects on the Syrian civil society and the refugees in Europe. All of us loved his documentary “On the bride’s side” in which he combined documentary filming with activism in his own way, struggling for another world.

Like other 150 journalists and thousands of political prisoners in Turkey, Gabriele is being denied his freedom, without being charged of any offence. Since July 2016, the Turkish prisons have been filled with activists arbitrarily arrested – a common way the Turkish regime tries to silence criticism and protest.

Gabriele is in solitary confinement and he’s on a hunger strike. On April 18, when he was finally allowed to contact his family, informed them that:

»My documents are okay, but they don’t allow me to appoint a lawyer, nor do they tell me when they are going to release me. […] I am not allowed to use the phone, my phone and my personal belongings were confiscated, even though I’m not officially charged of any crime. . […] From tonight on I will go on a hunger strike and I ask everyone to support me, so that my rights are respected.«

Gabriele’s appeal found thousands of supporters who demand for his immediate release. A petition was already signed by more then 50.000 people and under the Hashtag #iostocongabriele many express their solidarity.

We stand in solidarity with Gabriele and demand his immediate release from prison!

Freedom for Gabriele and freedom for all other prisoners who were arrested for opposing the Turkish regime!

We demand from all governments involved, to immediately stop the dirty refugee-deal the EU made with Turkey. Freedom of movement for everyone!

More information on Gabriele del Grande you may find on his Blog fortresseurope.blogspot.de as well as on his Twitter-Account @AbuNefeli. Facebook-page “On the brides side”: https://www.facebook.com/IO-STO-CON-LA-SPOSA-614167855342727/

A petition for Gabrieles release can be signed here: https://www.change.org/p/angealfa-per-il-ritorno-a-casa-di-gabriele-del-grande

On April 22, 2017 we celebrate together one year of solidarity with our CP-family 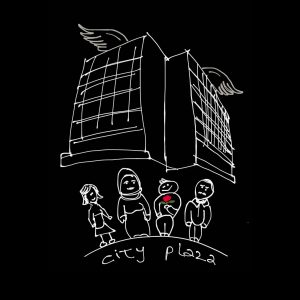 City Plaza today is everywhere:
In Greece, Italy, Spain, France, Germany, Switzerland, Belgium, Austria, Serbia, Sweden … !
It is not just a building, but a home defined by its people. From here solidarity is spread like seeds we carry in our small luggage to continue the struggle for equal rights everywhere we’ll go.

Former residents now living in other countries have collected songs and wishes as a present for City Plazas birthday. Their thoughts were brought together once more in a small booklet. It is dedicated to the ones who are still on their journey, as well as to the ones that are struggling to arrive and the ones who stand with them. It is dedicated also to the ones we lost on this road but who will be in our hearts forever!

We will stand always together and we shall never give up!

OPEN HOUSES! SMASH BORDERS!
FREEDOM OF MOVEMENT FOR ALL! 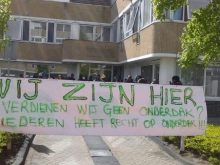 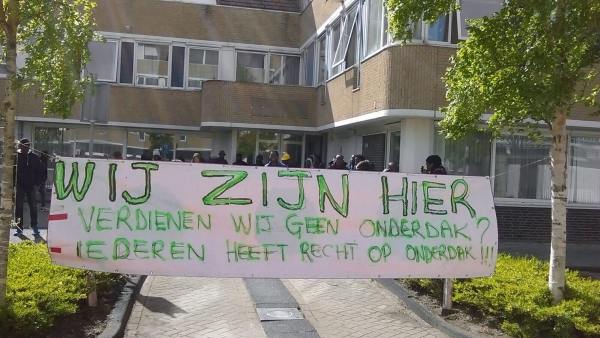 Before reading further, here are some facts from 16/04 evening:

Since then, there are no news from the NGO-led ships.

What has led to this call is the progressive overcrowding of both rescue vessels by the very large number of rescues carried out for the past hours. The number of rescued persons onboard the ships, and overcrowding it, is now putting the crews in danger, as detailed in the message relayed by the German civil society SAR NGO Jugend Rettet this Sunday (see below).

Normally, a larger ship would come to assist the NGO-led vessels to help with disembarkation and transfer. However, during the weekend, there were no vessels in the vicinity that could assist the crews of Jugend Rettet and Sea-Eye.

Moreover, the rescue vessels are currently surrounded by overcrowded and unseaworthy boats in distress. Due to impossibility of manoeuvring the vessels, further rescues cannot be carried out. Many lives are now in danger as the waves are growing.

With the worsening weather conditions, it is feared that the lives of the persons onboard the rescue vessels will be put at risk. At the moment, the rescued migrants, probably sitting wherever possible are holding on to each other to not slip off the vessel while the ships are pitching with the force of the waves.

Finally, we have been informed by several SAR NGOs, and note, that military vessels usually operating offshore Libya have left the rescue zone a few hours before the tragic development of the rescue operations, and the worsening of the weather conditions.

The ongoing distress situation is unfortunately not a surprise for our charity as we have reported on a similar situation in October 2016 when one of our interns was onboard the vessel of the German civil society NGO Sea-Watch. See: https://hras-seawatch.org/2016/11/02/mission-12-report-alone-at-sea/

The rescue of lives in distress is a legal obligation, and while civil society NGOs are currently filling in a gap, they are facing a lack of humanity from entities that should be carrying out these rescues in the Mediterranean, deadliest border on Earth.

Lives of hundreds of migrants, along with those of the civil society rescue crews are now in danger. Human Rights at Sea is calling for immediate assistance to the SAR NGOs that are in distress and courageously still involved in ongoing rescue operations, and would like to raise awareness of the tragic context to the general public.

Too many migrants have lost their lives in front of civil society rescuers that have reached full capacity and could not carry out more rescues. Another tragic day in the Mediterranean.

Message relayed by Jugend Rettet on the 16th of April 2017:

due to expected increasing bad weather IUVENTA is now sending out constantly MAYDAY.

We have 100 persons on my lower deck which are in a concrete danger to life in this weather conditions! IUVENTA is not able to navigate at the moment due to the high amount of persons on board!

Tug boat Ringhio is on scene, around them are 400 Persons women and children in rubber boats and small wooden boats. not all of them with life jackets. South of Ringhio are approx. 5 more Rubber boats coming northwards.

Phoenix: still with 680 ppl…is that correct?

MRCC send out 2x 300 class and CP 920. 2 merchant Vessels are on scene or will arrive within the next hours. They will take care of the northwards coming RB ore are already busy with rescue. Siem Pilot is busy in the east.