UNHCR update issued 25 January: “So far in 2019, the Libyan Coast Guard rescued/intercepted 469 refugees and migrants. This week, UNHCR recorded an increase in disembarkations in Libya.

47 rescued migrants and refugees, including unaccompanied children, remain on board the Sea Watch 3 which is currently anchored in Italian waters off Sicily.  UNHCR, IOM, UNICEF and others have expressed great concern over the dangerous physical and psychological conditions on board rescue ship and the need for immediate disembarkation. The rescued persons have been on board for seven days. Sea Watch statement here.

UNHCR “is watching with increasing alarm the situation on the Mediterranean, where over the past few days we have seen two shipwrecks, numerous other rescue incidents, a merchant vessel disembarking rescued individuals to Libya, and reports that the Libyan coast guard itself has been unable to respond to incidents within its designated search and rescue region of the Mediterranean because of shortages of fuel….UNHCR believes it has become urgent for States to take action to reassert effective rescue capacity on the Mediterranean by increasing coordinated multi-state rescue, restoring rapid disembarkation in a place of safety, and lifting impediments to the work of NGO rescue vessels. People who don’t have a valid claim to asylum or other forms of international protection must then swiftly be helped to return home. At present, the politicking around sea rescues is preventing serious focus on a solution to the problem. Meanwhile lives are being tragically lost. Politicians must stop using human-beings for political point-scoring, and to instead address this as a humanitarian issue, with saving lives the priority. Reducing arrivals cannot be the only barometer for success when people are drowning on Europe’s doorstep. Of particular concern to us at present is the fate of some 144 rescued refugees and migrants rescued on 20 January by a merchant vessel, the Lady Sham, who last night disembarked in Misrata, Libya under instructions from the Tripoli Joint Rescue and Coordination Centre (JRCC). In Libya’s current context, where outbreaks of violence and widespread human rights violations prevail, no rescued refugees and migrants should be returned there.”

From Reuters: “German Defence Minister Ursula von der Leyen, speaking at the World Economic Forum in Davos, said the German navy had rescued a total of 22,000 migrants at sea since 2015, but had recently been sidelined by Italian commanders. ‘For three quarters of a year, the Italian command has been sending our navy to the most remote areas of the Mediterranean where there are no smuggling routes and no migrant flows so that the navy has not had any sensible role for months,’ she said. Berlin this week decided not to replace its ship the Augsburg when its tour ends on Feb. 6, although it said another vessel would be standing by in the North Sea if needed. … According to Italian defence ministry figures, Operation Sophia had rescued only 106 migrants in the past seven months, while Libya’s coast guard has picked up 13,000 in the same period.

The report was released by HRW on 21 January: “European Union policies contribute to a cycle of extreme abuse against migrants in Libya, Human Rights Watch said in a report released today. The EU and Italy’s support for the Libyan Coast Guard contributes significantly to the interception of migrants and asylum seekers and their subsequent detention in arbitrary, abusive detention in Libya. The 70-page report, “‘No Escape from Hell’: EU Policies Contribute to Abuse of Migrants in Libya,” documents severe overcrowding, unsanitary conditions, malnutrition, and lack of adequate health care. Human Rights Watch found violent abuse by guards in four official detention centers in western Libya, including beatings and whippings. Human Rights Watch witnessed large numbers of children, including newborns, detained in grossly unsuitable conditions in three out of the four detention centers. Almost 20 percent of those who reached Europe by sea from Libya in 2018 were children….”

Frontex: Number of irregular crossings at Europe’s borders at lowest level in 5 years

Frontex news release: “[In 2018] the number of illegal border-crossings at Europe’s external borders has fallen by a quarter compared with 2017 to an estimated 150 000, the lowest level in five years. The total for 2018 was also 92% below the peak of the migratory crisis in 2015. The drop was due to the dramatic fall in the number of migrants taking the Central Mediterranean route to Italy. The number of detections of irregular crossings on this route plunged 80% compared to 2017 to slightly more than 23 000.  The Central Mediterranean route saw the smallest number of irregular entries since 2012. The number of departures from Libya dropped 87% from a year ago, and those from Algeria fell by nearly a half. Departures from Tunisia stayed roughly unchanged. Tunisians and Eritreans were the two most represented nationalities on this route, together accounting for a third of all migrants.

Meanwhile, the number of arrivals in Spain via the Western Mediterranean route doubled last year for the second year in a row to 57 000, making it the most active migratory route into Europe for the first time since Frontex began collecting data.

On the Western Mediterranean route, Morocco has become the main departure point to Europe. Most of the migrants on this route originated from sub-Saharan countries, although in recent months the number of Moroccan migrants has increased to become the top reported nationality. They were trailed by Guineans, Malians and Algerians.

The number of detections of illegal border-crossings on the Eastern Mediterranean route rose by nearly a third to 56 000. This was mainly caused by a higher number of migrants crossing the land border between Turkey and Greece, while the total number of detections in the Eastern Aegean Sea was roughly in line with 2017. Nevertheless, the number of arrivals registered in Cyprus more than doubled. Nationals of Afghanistan, Syria and Iraq accounted for the largest number of irregular migrants on the sea route in the Eastern Mediterranean, while Turkish nationals were the main nationality on the Turkish-Greek land border….”

ECRE statement: “Deaths and Disputes Continue in the Mediterranean, as Refugees and Migrants are Returned to Abuse”

“Tragedy in the Mediterranean Sea continues, with more than 170 people dead or missing in two separate shipwrecks last weekend. A further 144 people that were ‘rescued’ by a cargo vessel were returned to inhumane conditions in Libya.  Meanwhile, naval anti- smuggling operation Sophia remains at risk due to a lack of EU unity regarding the extension of its mandate….”

From Reuters: “Severe droughts made more likely by global warming worsened conflict in Arab Spring countries early this decade, forcing people to flee, researchers said on Wednesday, publishing evidence they said proved the connection for the first time. The study used data from asylum applications in 157 countries from 2006-2015, together with an index that measures droughts, as well as figures tracking battle-related deaths, to assess the links between climate change, conflict and migration. The findings, published in the journal Global Environmental Change, showed a particular correlation between climate stresses and conflict in parts of the Middle East and North Africa from 2010–2012, when many countries were undergoing political transformation during the Arab Spring uprisings….”

Article here.  Abstract: “Despite the lack of robust empirical evidence, a growing number of media reports attempt to link climate change to the ongoing violent conflicts in Syria and other parts of the world, as well as to the migration crisis in Europe. Exploiting bilateral data on asylum seeking applications for 157 countries over the period 2006–2015, we assess the determinants of refugee flows using a gravity model which accounts for endogenous selection in order to examine the causal link between climate, conflict and forced migration. Our results indicate that climatic conditions, by affecting drought severity and the likelihood of armed conflict, played a significant role as an explanatory factor for asylum seeking in the period 2011–2015. The effect of climate on conflict occurrence is particularly relevant for countries in Western Asia in the period 2010–2012 during when many countries were undergoing political transformation. This finding suggests that the impact of climate on conflict and asylum seeking flows is limited to specific time period and contexts.”

Directly after the letter was sent the city met on Thursday, January 17, 2019 the friends in Kaiserstrasse. A report in farsi is attached to this short update and is translated soon in german and english language.

Radio, TV, and newspaper reported about the letter and the living conditions in the camp:

The city administration has revealed in their reaction how ignorant and inhuman their argumentation is. However, two of the refugees have already got the access to flats and are moving soon out of the camp. It has to be mentioned that only those who are working are “granted” the right to move out.

The remaining refugees are consulting how they should proceed. Until now the following groups and organization support the demands of the refugees:

We will keep you updated. 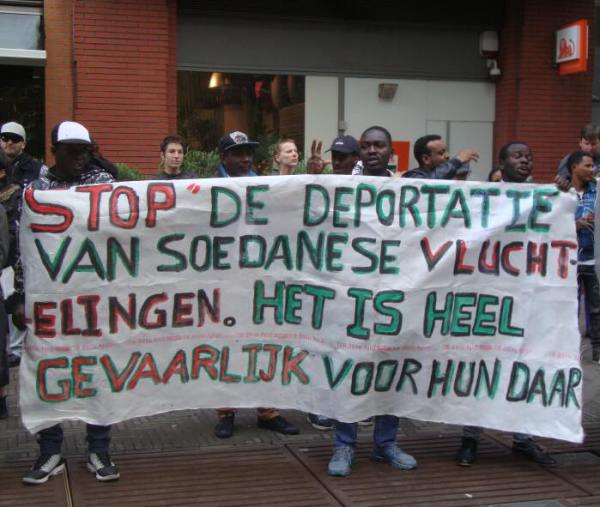 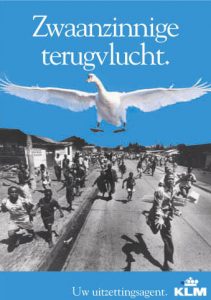 Koko Lepo is an autonomous collective in Belgrade, Serbia that has experimented with numerous practices of youth solidarity and alternative education practices with the children and young teens of the informal urban settlement “Deponija”. The speaker will present their first-hand experience with the history, struggles, and developments of the project: from its origins as an ‘anarchist kindergarten’ in a squat five years ago, to a solidarity collective for older youth, and finally to its current state as program for the younger children from the ‘mahala’. Topics will include anti-gypsyism, autonomous pedagogy, and collective struggle. Autonomnost, solidarnost, I ravnopravnost! 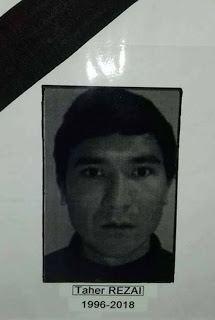 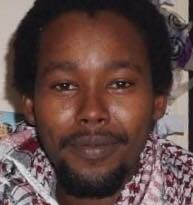