We are Refugees and not prisoners who Mr Betz should spy on 24 hours daily.

Our resistance is aimed at liberating you and those fellow refugees who has been kept under constant fear of liberating themselves from your propaganda.

We are calling on members of OSTALB LANDKREIS to address the repressive attitude of Mr Betz and his folks and bring their old fashion culture of racism and dictatorship to order.

Attention! Racist police checks in St. Pauli yesterday evening, Thursday, April the 3rd, three different checks by uniformed and civilian police officers were reported to us. The people were arrested. So far we have no news about the fact that they were released yet. Already on Wednesday, two members of the group “Lampedusa in Hamburg” had been checked and arrested. A registration requirement was made with the immigration authorities. After a few hours they were released.

The selforganized joint winter emergency program “Winternotprogramm” of Hamburg residential projects, residential and housing communities for “Lampedusa in Hamburg” runs until the end of April, then everyone is back on the streets. This increases the pressure on individual members of the group. Three years after the NATO war HYPERLINK “https://www.youtube.com/watch?v=lchbsDiDgEw” https://www.youtube.com/watch?v=lchbsDiDgEw – the second year on after living on the streets, leaving families continuously without support. The Senate for the interior is aware of this and chooses this very moment to start again with the racist control of persons and to hunt members of “Lampedusa in Hamburg” and others by the Dublin system criminalizing them. The slogan “refugees welcome” is mocked by the Hamburg Senate.

By freedomnotfrontex Dear Freedom fighters and supporters,Our CROWDFUNDING campaign is online!!! www.betterplace.org/p18002Share it, support us, raise awareness in your circles and let us show them that progressive changes and freedom come from below, from the crowd! …read more

The activist of the” caravan for the rights of regugees and migrants” and supporter of “Lampedusa in Hamburg“, Ralf Lourenco, is accused of trespassing and violating the sanctity of the townhall on July 18 last year. In that time some supporters visited the townhall to rise awareness about the precarious situation of “Lampedusa in Hamburg“, to talk to the persons responsible and to deliver a letter. 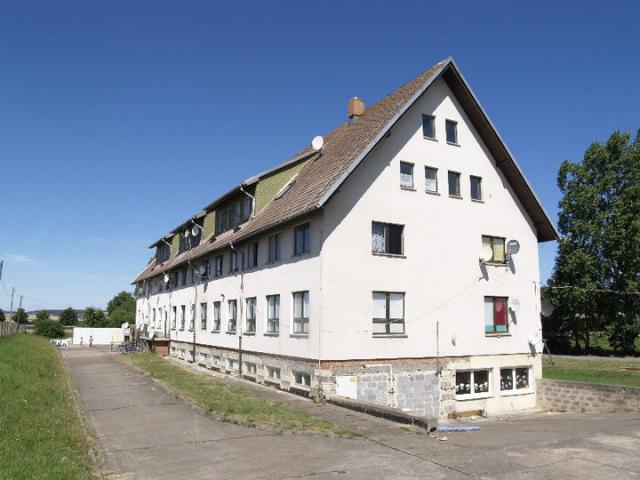 By azadi Lampedusa in Hamburg – evidence of NATO war in Libya

published in the newspaper “The VOICE of Refugees and Migrants” issue 7, March 2014

more info about the struggle of refugees in Eisenhüttenstadt on:
http://lagerwatcheisen.blogsport.eu

I am a Refugee. I spent two and a half months in the open Lager of Eisenhüttenstadt. Now I am part of a solidarity group against this Lager.

I want to share with you my point of view on and experience of Refugees’ situation in Berlin and Brandenburg. How one day I felt that my freedom was over: I was in the German asylum system. End of freedom means that you can’t choose the city where you want to live. The first step in the asylum system is to apply for asylum in the city where your friends live, but they separate you from them and put you wherever they want. It was the same with me. I was in Eisenhüttenstadt. First I wanted to make clear that this is one of the worst Lager in the world. Inside the Lager there is the Bundesamt, a police station, the Ausländerbehörde, a …read more

By freedomnotfrontex You have long wanted to support the Refugees’ and Migrants’ Struggle for Freedom and Equality? This is your chance : We – migrants from all over Europe – organize a March to protest against the EU migration regime (borders, Frontex, … → …read more