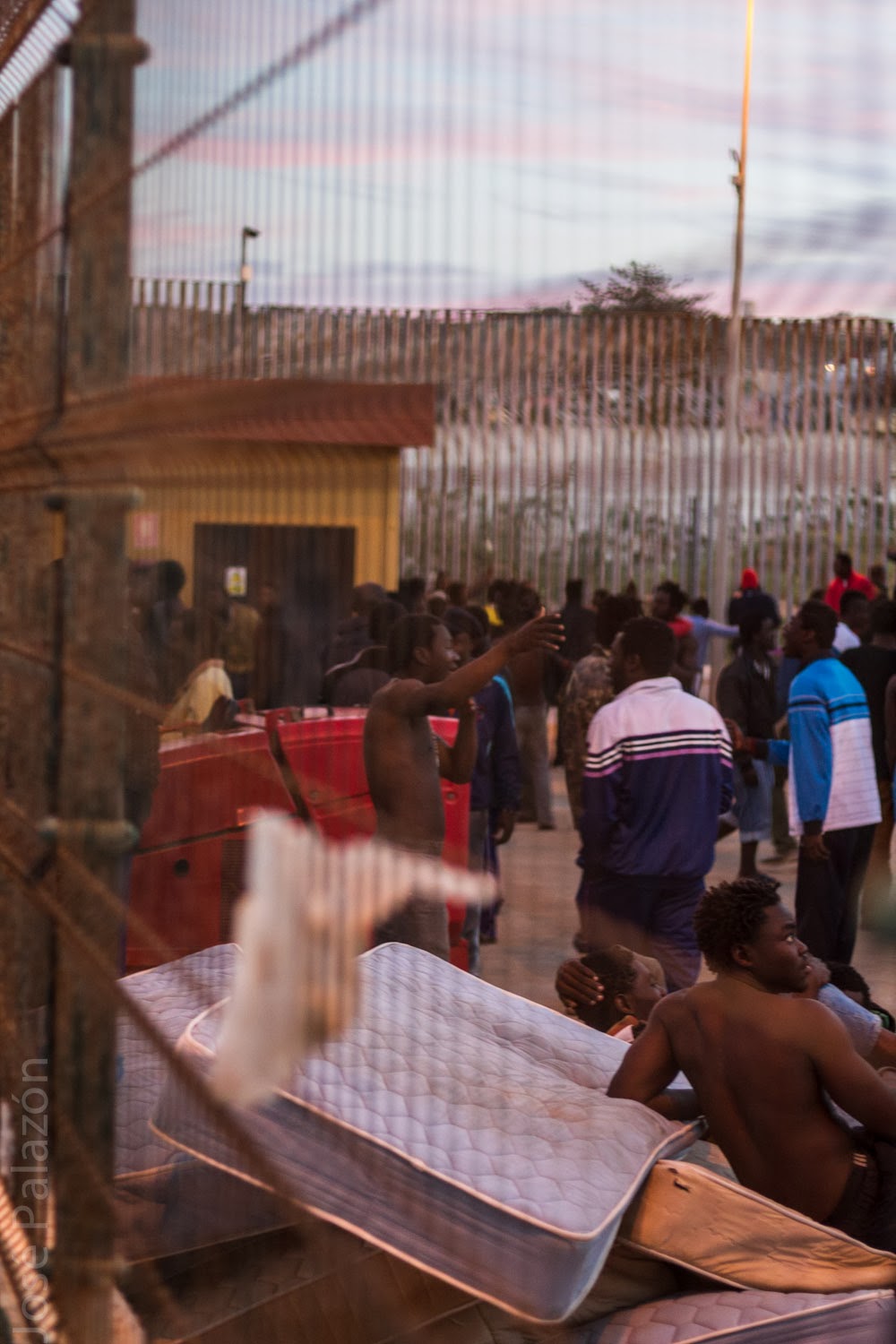 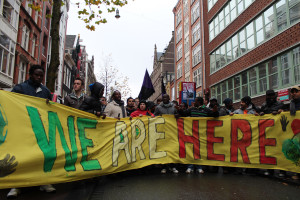 Come to our demo at the house of van der laan, mayor of amsterdam.
Herengracht …read more 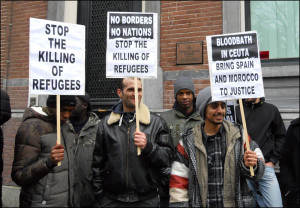 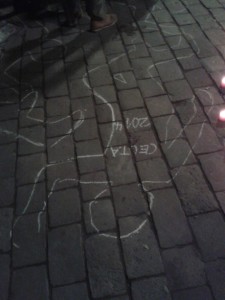 Lampedusa is not the only death zone,
concentration camps are not a nightmare buried in the past

dates and numbers in the Greek Guantanamo calendar…

On August 4th, Greek institutional racism celebrated the anniversary of the 1936 military dictatorship by launching the “Xenios Zeus” operation, a spectacular celebration of mass arrests of sans-papiers in the center of Athens… The police operation was named “Xenios Zeus” (what a wicked sense of humor!), after the god who protected strangers in Ancient Greece. The reasons justifying the operation went back to some contested conception of Bronze Age history: “From the Dorian invasion, 4,000 years ago, the country has never accepted such a large scale invasion … migration might be a bigger problem than the economic crisis” (Nikos Dendias, Minister of Public Order, August 4, 2012).

7,000: The number of sans-papiers immigrants currently detained in concentration camps in Greece. To that should be added an unreported number of undocumented imprisonments of migrants in police stations throughout the country.

77,526: The number of immigrants captured by the Greek police since the beginning of the “Xenios Zeus” police operation, in the city of Athens only. The vast majority of them were “legal” immigrants, the number of …read more

A CHRONICLE OF HORROR… AND DIGNITY…

Riots, hunger strikes and death in the camps after the launching of “Xenios Zeus” operation

November 17, 2012
Hundreds of immigrants held in various detention centers go on hunger strike protesting the mistreatment of Navit Yasser, a detention center inmate who died after being denied medical care although he was in poor health.

November 18, 2012
A riot starts at the Corinth detention center, where 800 immigrants are kept prisoners. The riot was suppressed by riot police forces who have been stationed outside the detention center ever since. 10 immigrants were injured and 24 arrested.

November 23, 2012
A large riot starts at the Komotini detention center, where 500 immigrants are kept in the former Police Academy of Komotini. The detainees started by shouting slogans and smashing objects, then they started burning mattresses and attacking the police. The riot was suppressed by riot police forces.

CONCENTRATION CAMPS: the return of totalitarianism

“No prince was ever at a loss for plausible reasons to cloak a breach of faith”
“Since love and fear can hardly exist together, if we must choose between them,
it is far safer to be feared than loved”
Niccolò Machiavelli, The Prince

“…dominion can be established, that is, men can be unified only in a unity against – against other men. Every association of men is necessarily a separation from other men”
Karl Schmitt, Political Theology, 1922

“The legitimation of violence against a demonized internal enemy
brings us close to the heart of fascism.”
Robert Paxton, The Anatomy of Fascism, 2004

“A nation cannot develop and become strong without a sense of urgency and a sense of crisis.”
Long Yongtu, China’s chief WTO negotiator
Financial Times, 17 November 1999

“Capitalism itself works in cycles of crisis production and crisis management. For global capital these ‘crises’ are actually its cyclical opportunities for radical restructuring. Capital doesn’t just manage crises, it directs them. Capitalism itself is the root crisis that is destroying humanity and the planet.” (Clandestina network, Joseph Matthews, Iain Boal, George Caffentzis, Silvia Federici et al., Europe at the frontline of the great enclosure. An opportunity to get real in …read more

notes on immigration, fascism and the crisis in Greece

“…[T]here is a proliferation of “regional wars” and “internal conflicts”; capital follows paths of atypical accumulation; and large masses of workers are mobilised. Result: a huge rolling wheel of millions of migrants moving across the planet. As “foreigners” in that “world without frontiers” which had been promised by the victors of the cold war, they are forced to endure racist persecution, precarious employment, the loss of their cultural identity, police repression, hunger, imprisonment and murder (…) The objective of neoliberalism’s migration policy is more to destabilise the world labour market than to put a brake on immigration.” (Subcomandante Insurgente Marcos, The fourth world war has begun, 1997)

In the first six months of 2012, the Press agreed that: “The national income within 2 years decreased from 240 billion to 200 billion €, while unemployment in Greece, after four years of recession, increased from 9% in 2009 to 20-25% in 2012 … after the lowering of salaries and the imposition of new taxes and the raising of older ones, the average per capita disposable income has decreased by 40%…”, …read more 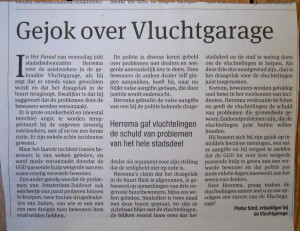 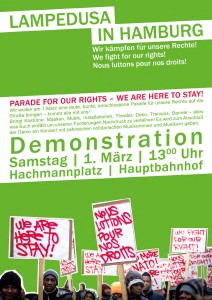 Parade for our rights – We are here to stay! Join Refugee Protest aka “Fight Camp Rap” at the Big Final of Protestsongcontest!

Fight Camp Rap aka Refugee Protest Camp Vienna was elected to the Top 10 at Protestsongcontest semi-final on Jan 24th! Last year we were “Winners of the Hearts”, let us be Winners of the Award this year on Feb 12th! Support + promote us, be there! Listen to our amazing performance(partly) who got big Ups from the Jury and read about on the link!